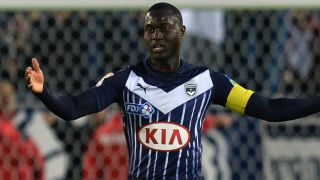 Newcastle have reached an agreement to sign midfielder Henri Saivet from Bordeaux.

Reports on Monday suggested Newcastle had agreed a £5million fee for the Senegal international, who can operate on the wing and in a central role.

And he is poised to become Newcastle's first signing of the January transfer window, with head coach Steve McClaren confirming he was having a medical and discussing personal terms.

"For me Saivet was the most important player for six months. He wanted to leave the club and needed a new challenge. He was there for a long time.

"I gave my agreement to the departure of Saviet."

Saivet has made 27 appearances for Bordeaux this season, scoring four goals. The 25-year-old has eight caps for Senegal.

Newcastle have also been linked with a £10million move for Swansea City midfielder Jonjo Shelvey, who has fallen out of favour at the Liberty Stadium. However, McClaren said he "can't discuss" that potential transfer.