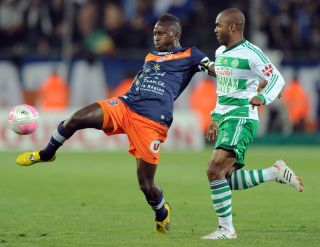 Yanga-Mbiwa, 24, left for Newcastle United in January, agreeing to a five-and-a-half year deal with the English Premier League club.

The France international defender, who moved for a reported €8million, should never have left the Ligue 1 side, according to Nicollin.

"He followed the advice of his agent and he was wrong to leave," Nicollin said.

Montpellier, the 2011-12 Ligue 1 champions, sit eighth this campaign despite a thumping 5-1 win over Lyon before the international break.

Goals have not been a problem, but their defence has – conceding 12 goals in nine league games with what is the worst record of the top 10 sides.

Those defensive issues could see Nicollin give coach Jean Fernandez the funds to buy Yanga-Mbiwa back from Newcastle.

"I love him a lot," Nicollin said.