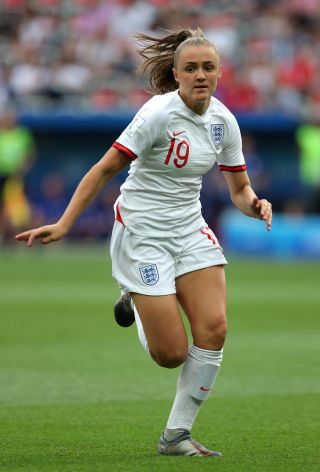 England Women were beaten 2-1 by Norway in their friendly in Bergen as Caroline Graham Hansen’s late goal completed a come-from-behind victory for the hosts.

Barcelona forward Hansen punished England sloppiness in the 89th minute, collecting the ball from a misjudged Millie Bright pass, advancing into the box and firing past Carly Telford.

That came after Georgia Stanway’s superb 10th-minute strike had been cancelled out by a Frida Maanum header in the 53rd minute.

The winless run for Phil Neville’s side since their 3-0 win against Norway in the quarter-finals of the summer’s World Cup in France now stands at four matches.

Shortly after Kristine Minde had headed an early attempt wide for Norway, England grabbed the lead in stunning fashion when Steph Houghton’s pass was touched by Nikita Parris to Stanway, whose first-time effort from around 25 yards out went in off the bar.

As the hosts sought to make a swift response, Maanum headed off-target and Karina Saevik then fired over after Lucy Bronze – the right-back again playing for the Lionesses in midfield – lost possession.

A low drive wide from Guro Reiten followed and Amalie Eikeland produced an air-kick as she attempted to meet a cut-back, before Stanway tried her luck again with a strike that the stretching Toni Duggan could not prevent from going wide.

Reiten went close with a curling 33rd-minute effort, and after Jodie Taylor was then twice thwarted in front of goal at the other end by interceptions, Telford was called upon in first-half stoppage time to push away a goal-bound Saevik delivery.

The opening stages of the second half saw Stanway skew an effort wide and Telford then turn an Eikeland shot behind.

From the resulting corner, Norway drew level as Maanum connected ahead of Rachel Daly and sent the ball past Telford.

Bronze nearly put England back ahead within moments, heading Parris’ cross wide. Taylor also subsequently missed with a header, between two Hansen shots being dealt with by Telford.

Bronze then saw one effort fly off-target and had another blocked by a team-mate, before Hansen made the most of Bright passing the ball straight to her, collecting it just inside England’s half, taking it into the area, past the diving challenge of Houghton, and lashing a shot into the net.