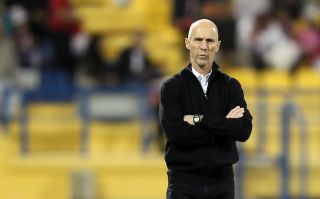 The 55-year-old has been out of work since failing to guide Egypt to 2014 FIFA World Cup, but will now assume control of the newly promoted Scandinavian outfit.

Stabaek climbed through the Norwegian league system at a rapid pace in the 1990s and won their only league title in 2008.

They were relegated to the second tier in 2012, but have now won promotion back to the top flight.

"You don't get anywhere if you don't look and set the bar as high as possible," Bradley said in a video on the club's website.

"To make it all work we need to make sure we are in it together.

"The club has people who support it at all levels. I have a great sense that this is what the club is all about and I am glad to be part of it."

Bradley reportedly turned down a chance to take over at the Vancouver Whitecaps recently, and steps into his first club role since leaving Chivas USA in 2006.