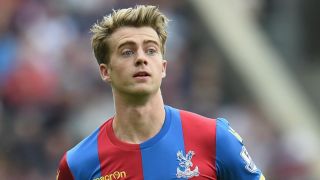 Norwich City have bolstered their attacking options by signing Chelsea striker Patrick Bamford on loan until the end of the season.

Bamford returned to Stamford Bridge after a loan spell at Crystal Palace he described as "terrible" at the start of January, and will now ply his trade at Carrow Road for the remainder of the campaign.

The 22-year-old only made six Premier League appearances for Palace, but is determined to fire relegation-threatened Norwich to safety.

Bamford told Norwich's official website: "I'm really happy to be here, and the sooner I'm able to get involved the better.

"That's what I want to do personally, but it's also about helping Norwich to get the points required to stay in the league."

Manager Alex Neil added: "Patrick is a player who excelled last season [on loan at Middlesbrough] and we are pleased to have the opportunity to bring him in.

"He's a young forward determined to make his way in the game, and adds competition for us at the top end of the pitch."