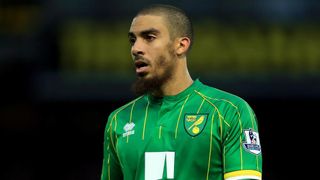 The 28-year-old returned to his former side on Monday in a deal reportedly worth over £7million after scoring 35 league goals for Bournemouth in his first spell at the club between 2012 and 2014.

Grabban scored 12 times for Norwich in the Championship last season, but had been restricted to six appearances and one goal – against Arsenal – in the Premier League during this campaign.

He had been forced to issue an apology after going AWOL before a League Cup tie at Rotherham United in September after a move back to Bournemouth initially did not materialise. That prompted him to be fined and suspended, with Neil calling him a "silly boy".

Following the confirmation of his move, Neil said on Tuesday: "We just felt, for us, he was a player who had run his course at Norwich really. He was not involved; he was not in our squads.

"I think he had set his heart on getting a move, so basically it made sense for us. We can gather that money and hopefully re-invest it.

"Sometimes players have their heads turned and get their heart set on going elsewhere, and I think when that happens at times it becomes a difficult one, as you try and get the best out of a player and get him focused on his job.

"But in Lewis' situation? There was too much water under the bridge and it just made sense, because we were not utilising his talents. We had a commodity there that was not supplying anything for us.

"So what we had to do was try and get the best value for that, re-invest it and bring someone in who can contribute."

Neil also confirmed Matt Jarvis could make his return from a knee injury when his team face at Stoke City on Wednesday, while new signing Ivo Pinto will be afforded more time to settle in before making his debut.