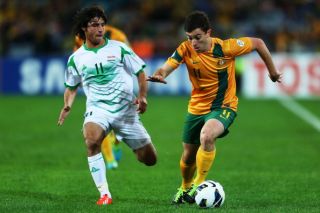 The Socceroos will step up preparations for the 2015 Asian Cup - which they will host in January - with the pair of friendly clashes.

And a post-World Cup friendly loss to Belgium extended their losing streak to six matches - a run broken by last month's 3-2 win over Saudi Arabia.

Oar feels Australia have now turned the corner and that more matches against sides closer to them in the FIFA rankings will fine-tune their plans for the Asian Cup.

"If you look at our performances every game we're getting stronger and stronger," Oar told FFA TV.

"But in the last game against Saudi Arabia we had more of a gauge of the type of opponents we're going to play against at the Asian Cup and if you look at our development it's been very good.

"And also in training in this camp it's been very intense and hopefully we can carry this form into these two games."

Australia face the UAE in Abu Dhabi on Friday before clashing with Qatar in Doha on Tuesday.