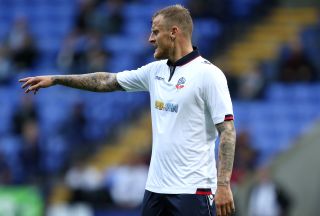 Oldham have been accused of putting “undue pressure” on David Wheater and Gary Woods in order to force them out of the club.

Representatives of the two players claim their clients are fully committed to honouring their contracts and expect the Latics to do the same.

Oldham released a statement on Monday saying: “Oldham Athletic can confirm that players David Wheater and Gary Woods will no longer be a part of the first team squad.

“Due to matters that neither party is in a position to disclose, the decision has been made to ensure the football club can now focus on the season ahead.”

However, Quorum Sports, agents for both players, has hit back.

“When players sign a contract they are fully committed to honouring that contract with the club and be professional 100 per cent of the time and train and play to the best of their abilities,” said a statement.

“In return they expect the management of the club to also honour the contract, be paid on time and to act with a high standard of professionalism.

“Unfortunately we believe that Oldham’s management, in releasing the club statement, is designed to put unfair, undue pressure on two experienced professional players to break a contract which was signed in good faith.”