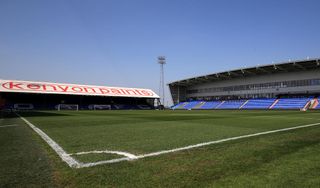 Oldham officials say they have made a complaint to Greater Manchester Police following an investigation into the financial conduct of the League Two club’s former owners.

The Latics released a statement on Friday saying that the allegations concerned individuals who had dealings with Oldham Council when grant money was allocated to the club towards the building of the North Stand.

Oldham’s statement concluded: “We must make it clear that Oldham Council along with other agencies have fully co-operated with the club.

“The FA and the EFL will be advised accordingly.”

Police sources have told the PA news agency that concerns have been raised and it is understood club officials are due to meet with GMP officers in mid-January.

Neither the EFL nor the Football Association wished to make any comment when contacted by PA.