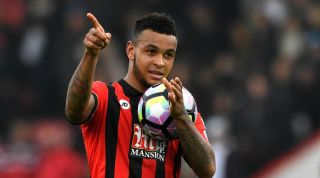 Eddie Howe appears to have contradicted Ole Gunnar Solskjaer's insistence that Manchester United will not be making any more signings before Friday's transfer deadline day.

ALSO READ Josh King interview: I dreamed of making it at Manchester United – and believe Ole Gunnar Solskjaer will take them back to the top

United completed the purchase of Bruno Fernandes on Thursday, with Solskjaer stating that the addition of the Portugal international concludes their business for this month.

However, Bournemouth boss Howe has revealed that the Reds have expressed an interest in Josh King, who spent five years on United's books earlier in his career.

“It’s not my call at the end of the day,” Howe said. “It’s going to be between the chief executive and the owner of the football club and that’s why I said at the start I don’t want to go too deep into it because a lot of these things are out of my control.

“All I can say is I love Josh as a player and a person. I respect him greatly, and I know his situation – I know what Manchester United means to him with his history connected to the club. So I understand his position. Let’s wait and see.”

Howe's revelation suggests that Solskjaer may not have been completely truthful when he claimed that United were no longer in the market for new players.

However, journalists present at his press conference pointed out that the Norweigan had previously claimed neither Ashley Young nor Marcos Rojo would depart this month.

Young joined Inter on a permanent deal earlier in January, while Rojo completed a loan switch to Estudiantes on Thursday.

"I'm not sure, I don’t expect any more business to be done,” Solskjaer said. “I don’t think anything is going to happen.

“Sometimes I say something here and something else happens, sometimes I say I'm happy with a player and he gets a different message, so I don't want to help or make speculations grow more and more today. I expect nothing to happen but that doesn’t mean it can’t happen.”