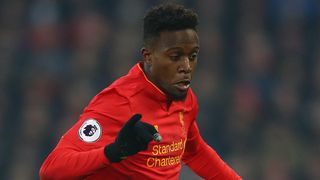 Divock Origi is aiming to follow in the footsteps of illustrious Liverpool strikers such as Ian Rush, Michael Owen and Fernando Torres.

The Belgium international has been in sublime form in recent weeks, scoring five goals in his last seven games in all competitions.

And he is keeping a close eye at other high-profile attackers in the game in order to learn new things.

"I have read about all the strikers Rush, Owen, [Robbie] Fowler, [Luis] Suarez, [Fernando] Torres and it is my wish to be like them," Origi told the Daily Mail.

"Every striker has qualities. Look at the aggression of [Diego] Costa; the runs that [Edinson] Cavani makes, the finishing of [Harry] Kane.

"Even from the young guys who are coming up. You have to be open to learn from everybody. I analyse my game a lot. I watch my clips on my iPad.

"I look at all the strikers here. Daniel [Sturridge] has a lot of finishing skills, so maybe that makes people not think about his passing skills.

"But he has got a lot of passing skills. A lot. He can eliminate a defender and put a striker through on goal. Nearly every time I play with Daniel, I enjoy my game."