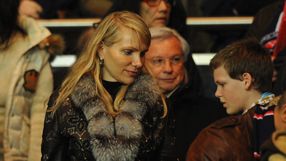 "The results and the performances of the team have yet to live up to expectations," Louis-Dreyfus told French newspaper Le Journal du Dimanche on Sunday.

French champions Marseille lie third in Group F with two matches left, level on points with the Russian side. A 1-0 defeat against Spartak in their opening game left them in need of a win in the return leg.

"This season, we have decided to invest massively during the summer to strengthen the team and allow them to advance from the Champions League group phase," said Louis-Dreyfus, widow of previous owner Robert.

"An elimination would be a disappointment, not to say a failure for the club."

They have not gone past the first Champions League hurdle since the 1999/2000 season when they went through the first group phase but finished bottom of their second-phase group.

"I fully trust (coach) Didier Deschamps," Louis-Dreyfus added. Marseille lie fourth in Ligue 1 after a last-gasp 1-0 win at Toulouse on Saturday put them on 22 points from 13 games, two points adrift of leaders Montpellier.