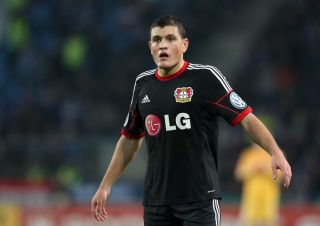 The 22-year-old centre-back was ruled out for the remainder of 2014 after dislocating his shoulder for the second time this season in a training session on Monday.

Papadopoulos, who is on a season-long loan at the Bay Arena from fellow Bundesliga side Schalke, has now gone under the knife as he starts his recovery.

"It's a really bitter blow for us and, above all, for him," he said. "He was just getting up to speed."

Papadopoulous has been restricted to just four Bundesliga appearances for Leverkusen.