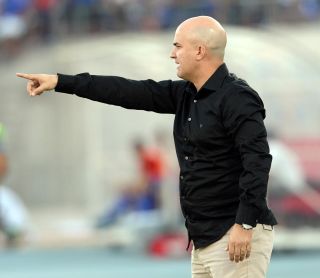 Fernando Fernandez scored a second-half brace for league leaders Guarani, who claimed a 3-0 win at home to Sol de America.

Guarani had to wait until the final half-hour to set up their latest win at the Estadio Rogelio Lorenzo Livieres.

Marcelo Palau opened the scoring in the 63rd minute before Fernandez netted twice to seal their win.

Olimpia were left three points adrift after a 1-0 loss at home to Nacional Asuncion, who had Fredy Bareiro score the winner in the 65th minute.

Cerro Porteno made it three straight wins, crushing Rubio Nu 4-0 with all their goals coming in the second half.

Gustavo Santacruz netted a brace to guide a 10-man 12 de Octubre to a 3-2 win over General Diaz, while Luis Mino's 58th-minute goal saw Sportivo Luqueno to a 1-0 victory at 3 de Febrero.