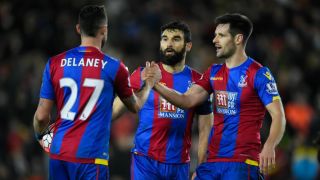 Pardew believes placing the famous cup's third round ties - at which point Premier League clubs join - immediately after the top-tiers hectic Christmas program, in which most clubs will play four games in two weeks, forces managers to think about how strong they should line up in the cup.

"I think the third round needs to be moved. I don’t think it’s fair for the competition," Pardew said.

"Our selection was strong because of our league position, but if I was down at the bottom I would be really thinking about the upcoming games more than I did.

"It devalues the competition. They should really look at the scheduling, maybe put it back a bit or put it before the Christmas programme - do something that gives the FA Cup a little bit more respect."

Pardew's Palace moved through to the fourth round of the cup courtesy of a 2-1 win away to Southampton and remain in a good position in the Premier League, sitting seventh after 20 games.