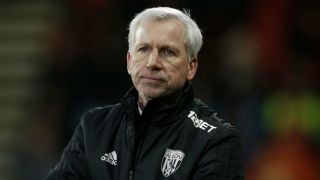 Alan Pardew’s departure as West Brom head coach means that no Premier League season has seen more permanent bosses leave their post during a campaign than 2017-18.

Pardew has overseen a dismal run of form since his appointment in November 2017 and leaves the club 10 points adrift of safety with six games remaining.

Pardew joins Mark Hughes (Stoke City), Marco Silva (Watford) and Mauricio Pellegrino (Southampton) in being relieved of their positions since the turn of the year.

It means half the sides in the Premier League have changed their man in charge this term - making it the most precarious season for top-flight managers since the 2013-14 campaign.