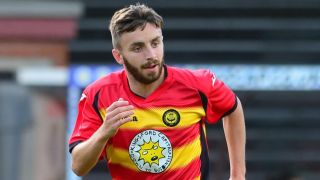 Steven Lawless struck in second-half stoppage time to help Partick Thistle to a 1-0 victory over Motherwell in the Scottish Premiership.

Lawless netted his second goal of the campaign, and his first in 13 appearances, as the hosts recorded their first league victory since December 19.

Thistle are now just a point behind their opponents in the table, with Motherwell remaining ninth. Well's winless run was extended to four matches in the process.