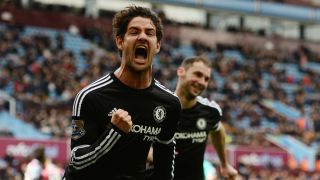 Sao Paulo have ruled out a swoop for former striker Alexandre Pato unless his value drops.

The 26-year-old spent time on loan at Sao Paulo between February 2014 and December 2015 – scoring 33 goals – before his loan switch to Chelsea from parent club Corinthians.

He only made two appearances in the Premier League, though, and new Chelsea boss Antonio Conte is not expected to make his loan deal permanent.

Pato's next destination remains unclear with the player reportedly hoping to stay in Europe, but any thoughts of a Sao Paulo return should that move not materialise were dashed by director Luiz Cunha.

"It is obvious with current values and our financial situation that it is very difficult for us to sign him," he is quoted as telling Lance.

"But, as with every great player, we will monitor what happens.

"And if the price get cheaper, then yes we can think of something more concrete."