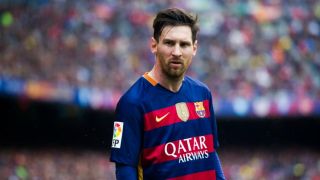 Brazil legend Pele feels Lionel Messi is arguably the best player of his time and has hailed the Barcelona star as "the prince" of football.

Pele was nicknamed 'the king' during his career and he thinks Messi is as important to the game as he was during his playing days, even if he believes the prolific attacker is not the best Argentine player ever.

"If I am the king, then Messi has been the prince over the past 15 years," Pele told La Vanguardia.

"I cannot call him the king, because there is only one king. I believe that Alfredo Di Stefano was the most complete of the Argentine stars, he was more complete than [Diego] Maradona and Messi.

"I am glad that I played in my era, even if it's true everything is more simple now.

"Players like Di Stefano are I are not as well-known because there are far fewer recordings of our performances."