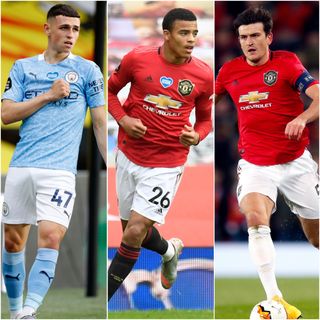 The coronavirus pandemic meant international football was postponed, including the European Championships which has now moved to next summer.

But the Three Lions are finally back in action with a Nations League double-header away to Iceland and Denmark and, here, the PA news agency looks at the players who have enhanced their credentials since the last outing in Kosovo nine months ago and those whose stock has fallen.

There has been a long-standing belief it was only a matter of time before the Manchester City midfielder made the step up to senior international football.

Arguably the only thing holding 20-year-old Foden back before lockdown was a lack of game time, but he flourished in the closing weeks of the season, hitting five goals after the restart and playing more minutes as he looked to establish himself both at the Etihad Stadium and in the mind of Southgate.

Just across Manchester, another youngster made waves last season as Greenwood – two years Foden’s junior – showed he is already a clinical finisher at the top level.

The Manchester United forward, along with Anthony Martial and England’s own Marcus Rashford, formed a front-three that – with Bruno Fernandes behind them – was largely responsible for taking the Red Devils up to third in the table.

The only man so far on this list with prior England experience – although not much of it, having not played for his country since his one and only cap to date against Lithuania in 2015.

After a difficult spell with injuries at Liverpool, Ings has flourished since moving to Southampton and hit 22 league goals last season to finish just one shy of golden boot winner and former England international Jamie Vardy.

The Manchester United captain has been one of the first names on Southgate’s team-sheet ever since impressing throughout the 2018 World Cup.

But his recent arrest while on holiday in Greece has cast doubt over his immediate involvement with the England set-up, especially given how much credence Southgate puts on his players to be role models.

Southgate has kept faith in Stones for some time but it will become more and more difficult to pick the Manchester City man as he seemingly slides further out of favour at his club.

Stones made just two starts following the resumption of the season, with a mixture of injury and competition seeing him warming the bench more often than not, although his international career may be saved by the lack of quality alternatives in his central defensive role.

The Bournemouth man has been a squad favourite of Southgate since he handed the striker his debut in 2018.

Wilson has only picked up four caps as he plays the understudy role to captain Harry Kane, but that position could now come under threat by the likes of Ings, especially since Wilson has failed to find the back of the net for the Cherries since March as they suffered Premier League relegation.