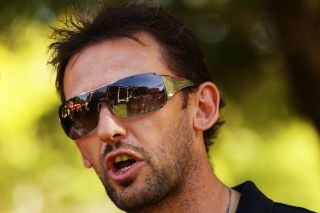 The former Palace defender, who was on recently on a three-man shortlist for the Australia job, was a player at Selhurst Park for five seasons from 2001 and served as an assistant manager in 2011/12 before joining the Wanderers as their inaugural head coach.

Popovic has been mooted as a possible replacement for Ian Holloway following his departure this week, but the 40-year-old insists he has not been approached by Palace.

"I don't know about being in the market but they're a great club and a club that's close to me, and I want them to do well in the Premiership and I'm sure they'll make the right appointment to keep them in that great competition," Popovic told reporters on Friday.

"Rumours are big in football and I'm sure they've got a huge list of candidates that would love that job."

Palace are second bottom in the Premier League after winning just one of their first eight games this season.