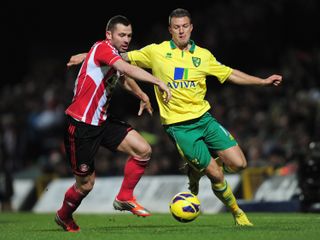 Bardsley was frozen out under former manager Paolo Di Canio after two social media incidents and was linked with an exit during the transfer window.

However, the 28-year-old is in contention to make his first appearance of the season at Swansea City on Saturday, with Poyet urging Sunderland supporters to get behind him.

"I appeal to the people, please give him another chance. He told me he knows it wasn't right what he did, and now he gets a chance, so it's up to him. Now I ask the supporters to let him have another chance," he said.

"Let's see how he behaves and what he does. If he makes another mistake, then he's put himself in a very difficult position.

"Right now, I think he can help us. He's a proper full-back, he can play both sides and he can be important for us. I'm going to give him another chance.

"His attitude has been spectacular since I've come in. He's seen an opportunity and he's put himself in place to take it."

Poyet also confirmed that Wes Brown is nearing a return after suffering from knee problems for much of his stay at the Stadium of Light.

Brown has not played for Sunderland since January 2012 and, while he was an unused substitute in the 3-1 defeat to Arsenal last month, Poyet confirmed the former Manchester United defender is close to a comeback.

"He's fit. He's been training with us all week and he played in a behind-closed-doors friendly we had on Tuesday," he added.

"It's a decision we need to make. You can't have too many on the pitch that can't play 90 minutes.

"Depending on that we will make a decision on it. He could be everything that you need in the Premier League."