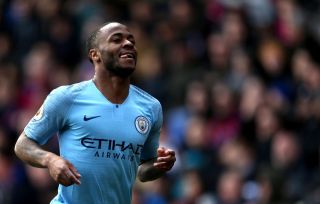 Press Association Sport has selected an XI of stars from a 2018-19 Premier League season in which Manchester City and Liverpool have been head and shoulders above the rest.

Five players from each feature in the side, along with Chelsea’s talismanic playmaker Eden Hazard.

Liverpool goalkeeper Alisson and City counterpart Ederson have both had excellent campaigns – of the two Brazilians it is the former who just gets the nod given it has been his debut season in English football. The man signed from Roma last summer has made some errors, but overall he has had a hugely positive impact.

What a journey the 20-year-old Liverpool right-back has been on since his senior debut in late 2016. Like Reds left-back Andy Robertson, he has been particularly superb this season in terms of assists – the pair have been way ahead of any other defender in the division on that front.

The Frenchman, who was City’s club record signing when he joined in a £57million deal in January 2018, has certainly shown his worth this season with his classy performances in the centre of defence.

Liverpool also broke their transfer record in January last year while signing a defender as they made Van Dijk, at £75million, the world’s most expensive. If anything, the Holland captain has made the fee look a bargain. A centre-back of supreme composure, judgement, and ability, he has made a massive difference to Jurgen Klopp’s side.

Having surprised many with the impressive level he reached last season for Liverpool following his move from Hull, the Scotland skipper has stepped things up further in 2018-19.

The Portuguese had his moments in his first season as a City player, but it is this term in which he has really emerged as a prominent figure, frequently producing stand-out performances combining hard work and quality.

When it comes to more defensively-minded midfielders, it is hard to look beyond the ultra-reliable Brazil international who remains so important for City – although West Ham’s Declan Rice deserves a mention for the form that has earned him a breakthrough with England.

While there has been plenty of questioning of Chelsea, their Belgian star Hazard has produced a combined goals and assists figure that is better than that from any of his previous six seasons with the club.

Although Salah has not scored as many times in 2018-19 as he did en route to claiming the Golden Boot last term, the Egypt forward has still had a hugely commendable season. His Liverpool team-mate Sadio Mane has also been a fantastic attacking force, but his low number of assists sees him edged out.

Mr Consistency Aguero has done it again – this is the fifth successive season in which the City striker has scored 20 or more Premier League goals. February was a particularly fine month for the Argentinian, with him registering hat-tricks in a 3-1 win over Arsenal and 6-0 thrashing of Chelsea.

The City and England forward has continued to deliver consistent excellence on the field in a season that has also seen him praised for his public stance on racism.