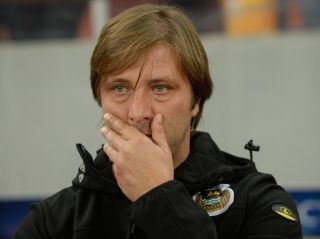 Rio Ave ended a four-game winless streak with a hard-fought 3-2 victory over lowly Penafiel on Monday.

Pedro Martins' Rio Ave had only managed to collect two points from a possible 12 on offer since routing Boavista 4-0 at the start of September.

Koka had only been on the pitch for eight minutes before netting his first goal since August as he cancelled out Guedes' 64th-minute equaliser.

Rio Ave are fifth in the table with 14 points from eight games, while Penafiel are second from bottom and two points adrift of safety.

Hosts Rio Ave made a dream start to the match, with goals from Ukra and Diego Lopes ensuring a commanding two-goal lead after the half-hour mark

Ukra made the breakthrough in the 15th minute and Brazilian midfielder Lopes got in on the action 16 minutes later.

Penafiel were given a glimmer of hope on the stroke of half-time, Helder Ferreira reducing the deficit in the 44th minute.

The visitors were suddenly back on level terms after Guedes converted a 64th-minute penalty.

However, their joy was short-lived as Koka came off the bench to score the match-winner just three minutes later.