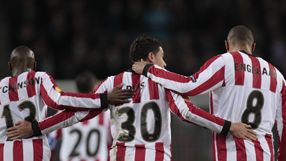 PSV have 34 points from 15 matches ahead of Twente Enschede who suffered a second straight defeat in losing 2-1 at home to AZ Alkmaar. Ajax remain in third spot with 28 points.

The Amsterdam side dominated the first half but after the break PSV's Marcelo had the best chances with a header cleared off the line by Vurnon Anita and another effort ruled offside.

Luis Suarez came closest to earning Ajax a victory with a speculative long-range attempt from 60 metres.

Twente went ahead againt Alkmaar through Luuk de Jong after 17 minutes but the match turned around after 31 minutes when their Brazilian Douglas was sent off for a professional foul and Rasmus Elm equalised a minute later.

Celso Ortiz grabbed the winner after 63 minutes to push Alkmaar up one place to fourth behind Ajax on goal difference.

Excelsior Rotterdam ended a nine-match winless run by beating strugglers VVV Venlo 1-0. Roland Bergkamp got the winner when he netted a rebound 15 minutes from time after team-mate Dennis Gentenaar's penalty was saved by Tim Vincken.