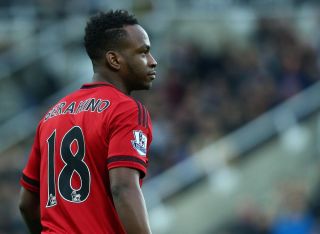 The 22-year-old is back in favour at The Hawthorns and scored in a 3-2 Premier League win over Crystal Palace on February 27.

That was just the England youth international's seventh goal of the season, most of which has been spent on the bench after multiple transfer sagas.

Pulis, whose team are 13th in the table and host Manchester United on Sunday, said Berahino had a chance to prove himself to Hodgson ahead of the European Championships.

"He's done brilliantly the last couple of games. Let's hope he really, really hits form from now and the end of the season and everything changes quickly," the West Brom head coach said.

"If he can score five, six goals in the next 10 games and play as well as what he has done, there's no reason why he wouldn't have an outside chance, for me, to get selected.

"What Saido's got to do more than anything else is get on the pitch and work very, very hard and show the qualities he's got and score goals.

"I'm not telling Roy who to pick or who not to pick, I wouldn't do that with any national manager - that's their job, their responsibility.

"But what he can do is give him a little bit of a headache if he plays really well between now and the end of the season."