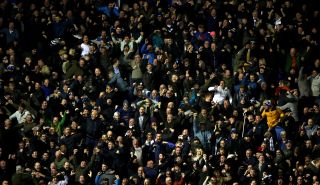 Just weeks after the conclusion of the most chaotic and unprecedented season in history, the Premier League and Football League are gearing up for the start of the 2020/21 campaign.

Unfortunately fans will once again be unable to attend matches this weekend as coronavirus creates a state of flux, but there is hope spectators can gradually return as the season unfolds – but only if it is safe to do so.

Here, the PA news agency looks at the latest surrounding the situation with supporters entering stadia on a matchday:

When is the earliest fans can return?

Supporters will be able to make a return to EFL fixtures next week, with two matches confirmed as test events in line with the Government's pilot scheme.https://t.co/Z9OGiwpWnZ#EFLpic.twitter.com/THKYKYHbqQ— EFL Communications (@EFL_Comms) September 3, 2020

Premier League and EFL officials have been at pains in various briefings in recent months to state that nothing is set in stone because of the ever-shifting parameters of the pandemic. As things stand, there is hope of a limited number of people being allowed to attend grounds for Premier League matches by the start of October. However, much depends on the success of the Government’s ongoing pilot programme – test events which are expected to pave the way for spectators to return to elite sport.

Have there, or will there be, any pilot events in football?

Yes. A pre-season match between Brighton and Chelsea was witnessed by 2,500 people at the Amex Stadium on August 29 – the first time fans had been in a Premier League ground in nearly six months. Meanwhile, Cambridge’s Abbey Stadium will welcome back supporters on two occasions this week, including their opening game of their League Two campaign against Carlisle this Saturday. The Women’s Super League fixture between West Ham and Arsenal at Dagenham will also open its doors to some spectators this weekend.

Assuming everything goes OK, what is the next step?

Today we've published our SG02: Planning for social distancing at sports grounds. This guidance provides sports grounds with the knowledge and support they need to plan for the safe return of fans with confidence. https://t.co/HDFso1oyXTpic.twitter.com/spvi5QTejc— Sports Grounds Safety Authority (@SGSA_UK) August 17, 2020

The Government must first give the green light, after which clubs around the country will work with various bodies, including the leagues, the Sports Grounds Safety Authority (SGSA) and their local authorities to discuss details. It is thought top-flight clubs are putting forward their own plans and several are yet to put season tickets on sale because of the current uncertainty, while it is highly unlikely the Premier League or the Football League will adopt a ‘catch-all’ solution for the return of fans.

Why would there be no blanket solution?

A variety of factors, including capacity and the proximity of a stadium to a city centre. For example, Brighton’s ground is in the village of Falmer in Sussex and has several on-site car parks, while there are enough entrance and exit points to allow people to properly observe the necessary social distancing measures both inside and outside the stadium. However, other Premier League and EFL venues do not have this luxury and are in heavily built-up areas where social distancing could prove troublesome.

How would they be affected

Ultimately it is up to the discretion of the clubs, the leagues, the SGSA – the UK Government’s advisor on safety at sports grounds – and local authorities. It seems that for now all options are being explored but whereas Brighton is thought of as a safe option – and proved the ideal location for a trial event last month – there are others whose circumstances differ. Therefore stadiums at the heart of a city centre might have to reduce numbers more in the primary interests of safety.

Will local lockdowns impact fans coming back into stadiums?

Extra restrictions, such as people not being able to meet anyone from outside their own households, have come into force in recent weeks whenever coronavirus cases in a town or city have spiked above a certain level. Any local lockdown may not necessarily kibosh supporters returning to grounds but the matter is instead likely to be treated on a case-by-case basis. As above, the final decision is with the Government, in conjunction with all the relevant local and national authorities.