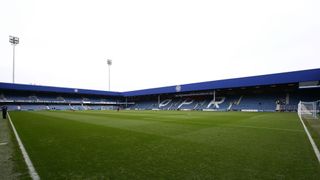 QPR have agreed to a £42million settlement with the English Football League and will operate under a transfer embargo after the club's claims that Financial Fair Play (FFP) rules are unlawful were dismissed.

The London club were ruled to have broken EFL spending limits in 2014 when their £75m wage bill comprised more than 195 per cent of the club's £38.6m turnover.

After QPR were promoted back to the Premier League at the end of the 2013-14 season – they were relegated a year later – the club appealed against the FFP ruling, with chief executive Lee Hoos saying they had a "strong case".

A panel of arbitration has dismissed the appeal, however, leaving QPR forced to pay a £17m fine and £3m of the EFL's legal costs, as well as an agreement by shareholders to capitalise £22m of outstanding loans.

In addition, QPR will be subject to a transfer embargo during the January 2019 window, preventing manager Steve McClaren from signing new players.

In a joint statement with the EFL, Hoos said: "QPR felt it was best to put this matter behind them to enable all parties to have certainty and allow us to continue focusing on running the club in a sustainable manner, going forward."

EFL chief executive Shaun Harvey added the agreement was put in place to ensure the long-term future of the club was not thrown into doubt.

"In agreeing to the settlement above, the board was conscious that the financial burden placed on the club had to be manageable, so as not to put its future in doubt when considering that after this season the club will no longer benefit from the promotion that was the catalyst for the dispute in the first place," he said.

"The outcome vindicates the approach of the EFL board in defending the challenge to our rules."