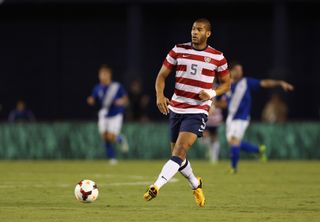 The 31-year-old centre-back has been training with QPR recently after leaving Sporting Lisbon of Portugal at the end of last season.

And the defender, who has 68 caps for the United States, was delighted to have penned a deal with Harry Redknapp's side.

"I'm thrilled to get this period over with and finally secure my future," Onyewu told QPR's official website.

"QPR are a club with huge ambitions to return to the Premier League and I wanted to be part of it.

"I've had a really good feeling about QPR from the moment I arrived here. I've been welcomed by the club and I feel good here already.

"I've already integrated well into the group, so I'm looking forward to what will hopefully be a very successful and happy time here."

QPR sit second in the Championship after claiming eight wins and three draws from their first 11 matches this season.