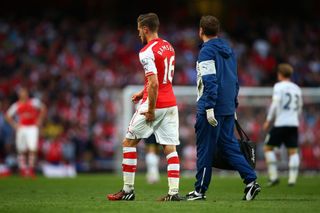 The midfield duo both suffered injuries last month and have not recovered in time to make Chris Coleman's squad for the Group B encounters.

Liverpool's Allen picked up a knee problem during Wales' group-opening win against Andorra on September 9 and has not played since.

Ramsey, meanwhile, was substituted before half-time in Arsenal's 1-1 draw with Tottenham last Saturday due to a hamstring strain.

Both youngsters netted in the same game on Tuesday as Reading rescued a late point in a 3-3 draw at Molineux.

Leicester City's Tom Lawrence is again included in the squad and will hope to impress Coleman enough to collect his first international cap, while there is a place too for Danny Gabbidon, currently in caretaker charge of Cardiff City together with Scott Young.