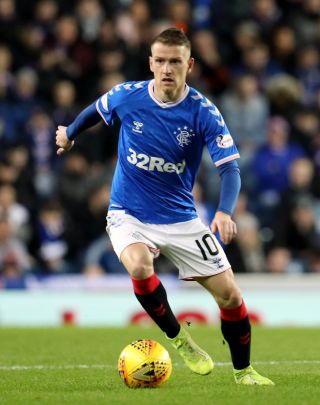 Gers’ hopes of claiming a first championship crown in nine years have been left hanging by a thread after slipping up against Hearts and Aberdeen.

The loss at Tynecastle and Saturday’s goalless draw against Aberdeen have allowed rivals Celtic to surge seven points clear, albeit having played a game more.

Midfielder Davis knows his side have not been at their best since returning from their winter camp in Dubai.

But he hopes the Light Blues showdown meeting will see a return to top form when Hibernian visit Ibrox on Wednesday night.

He said: “We had a little chat through the week there just as players to go over a few things where we think we can do better.

“I’ve been here before. I know how things are portrayed after every result, win or lose, and the scrutiny the team comes under.

“But listen, it’s a long season. There’s still a lot of football to be played and we have to make sure we do our jobs.

“There is a huge desire from all the players and the staff to have success this season.

“We’ve had a little bit of a dip in form and maybe when we haven’t been at our best we’ve dropped points.

“We need to find a way to win games even when we’re not playing at our best. But the main focus is getting our performance levels back to where they should be at.”

Boss Steven Gerrard is refusing to panic just yet and – having seen his side put in impressive displays during the first half of the season – is confident it will not be long before Rangers rediscover their swagger.

The manager said: “I think, in the main, we have been very consistent this year up until probably Hearts, I was extremely happy with the form, the hunger in the team and the ambition and the consistency they were showing.

“Hearts is the performance that I am very disappointed in because I didn’t recognise the team – if compared to a lot of performances over the season.

“But that is the level we need to try and get back to – our European standard, winning at Celtic, winning at Easter Road, winning at Motherwell – where we went on a run with a real, tough block of fixtures away from home.

“The players know where we need to get to. I don’t think there’s too much wrong at the moment.

“I think there were certainly improvements against Aberdeen, but if we can just get our spark back in the final third, there is a performance brewing from us – I am confident of that.”