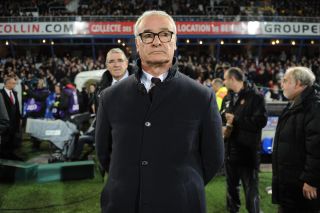 Monaco sit second in Ligue 1 but have lost ground on leaders PSG with a draw and defeat in their last two matches.

Ranieri is aware victory at Toulouse is vital in order to prevent the defending champions pulling further clear at the summit.

However, Toulouse have not lost a league fixture since November 24 and the Italian knows his side will have to be at their best if they are to end that run.

"Everyone is very concentrated on Toulouse and works well together," said Ranieri. "It will be a very difficult match and we must win to pick up the pace.

"This game is an opportunity for us to recover the points we lost recently. This is the time to show our determination. "

Ranieri will hope leading scorer Radamel Falcao can end his run of two months without a league goal, the Colombian having only scored once in the cup since a draw with Evian on November 8.