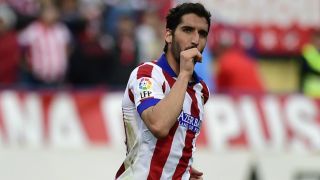 Bilbao made the announcement on Sunday after Raul Garcia watched from the stands as Atletico defeated Sevilla 3-0.

Raul Garcia, 29, will travel to Bilbao to undergo a medical on Monday.

"Atletico Madrid and Athletic Bilbao have reached an agreement in principle for the transfer of Raul Garcia to our club," Bilbao said via a statement on their website.

"The definitive agreement between the clubs and the player depends on the player passing a medical and the formalising of the contracts."

Raul Garcia has made 212 La Liga appearances for Atletico since arriving from Osasuna in 2007-08.