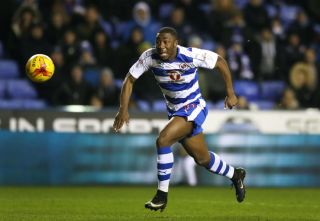 Reading have backed Yakou Meite after the striker called out racist abuse he received on social media following the 3-0 win over Cardiff.

The Ivory Coast international was a second-half substitute for the Royals, and saw his late penalty saved in the Sky Bet Championship match at the Madejski Stadium.

The 23-year-old later posted a screenshot of the racist abuse sent to him, with the caption: “I don’t think i need to speak”.

We won’t give oxygen to racist comments sent to this man via social media this afternoon.— Reading FC (@ReadingFC) August 18, 2019

Reading showed the club’s support with a defiant message and picture of Meite celebrating.

The post on Twitter read: “We won’t give oxygen to racist comments sent to this man via social media this afternoon. Instead, we will let a picture tell a thousand words – ‘We’ve got Meite… Yakou Meite…’.”

In response, Meite welcomed the show of solidarity, tweeting: “Thanks everyone for the support, we are all together thanks again.”

There have been a series of unsavoury incidents already this season.

Anti-discrimination campaigners Kick It Out has been contacted by the PA news agency for comment on Sunday’s latest case.