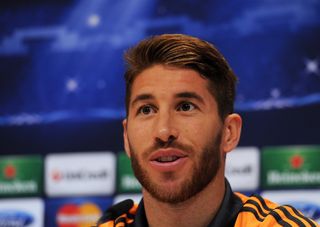 The Spain international made his first appearance in the top flight for Sevilla at the age of 17 in February 2004 and has since forged a hugely successful career at the highest level.

Ramos became the most expensive Spanish teenager when he made a big-money move to Real Madrid the following year and has established himself as one of the best defenders in world football.

The centre-back is a FIFA World Cup winner and has two UEFA European Championship medals as well as having won three La Liga titles and the Copa del Rey in his illustrious career so far.

And he is eager to ensure there are plenty more honours to come.

"You barely notice how the years fly by. Two days ago I was running around Seville," Ramos told Marca.

"I'm proud of what I do because I enjoy it and I'm happy. My excitement and desire to constantly improve is what is left of that Andalusian boy.

"These days I think that is what I still have inside me. I get up every day with a smile on my face and, in that sense I feel the same as I did when I joined Real Madrid in 2005.

"Another 10 years? It's true that these 10 have gone by very quickly because I've really enjoyed them, but you never know.

"I will say that I'm very excited when I get up every day. The day that I'm not, I'll start worrying.

"I'll keep trying for as long as my fitness holds, the fans love me and my team-mates feel I bring something positive to the squad. I'm not sure I'll last that long, but we'll see."