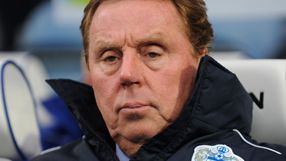 QPR are five points from safety with 17 matches left.

"[After that result] people suddenly think maybe they do have a chance. Maybe it would be nice to go there and help get them out of the mess they're in... let's be up for the challenge," Redknapp told reporters on Wednesday.

A stunning second-half strike from outside the box by Shaun Wright-Phillips sealed QPR's first away victory of the season and marked the first time they have beaten Chelsea at Stamford Bridge since 1986.

"I can't remember having many better wins than this one. To come here tonight against Chelsea who are absolutely flying at the moment... it was a great result for us," Redknapp said.

"Yeah, we can turn it around. If I can get this lot working, and we're looking to improve the squad in the window, we'll give ourselves a chance and tonight has proved that."

Redknapp said QPR had been close to signing Liverpool's Joe Cole before Wednesday's match only for his former midfielder to opt for his ex-club West Ham United at the last minute.

"He probably looked here and thought 'Harry I love you but I don't think you're going to stay up', so he's gone to the Hammers [West Ham]," added Redknapp, who has made a career out of relegation escapes.

Chelsea manager Rafael Benitez said his players had looked tired and off the pace after a fine run of form.

"You could see some players were a little tired... we were not precise in possession, we were not passing the ball with the accuracy and the high tempo we were expecting and in the end we made a mistake and gave them this chance," he said.

Benitez also bemoaned a lack of striking options but said a deal to buy Newcastle United's Senegal forward Demba Ba was not yet official.

"If you have another striker you can play with two strikers or if you want to rest one striker you can do it. At the moment we are a little bit short," he said after again fielding the inconsistent Fernando Torres up front alone.

Chelsea, who have also been linked in the media with Atletico Madrid's Radamel Falcao, missed the chance to move third.

Benitez said goalkeeper Petr Cech could be out for another two to three weeks and that there was no timeframe on the return of fellow injury victim John Terry.