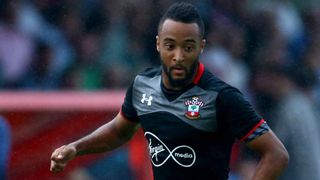 Nathan Redmond says new Southampton boss Claude Puel has given him the confidence to operate in a central attacking role this season.

The England Under-21 international has played as a winger at previous clubs Birmingham City and Norwich City, but has quickly been moved from that position at St Mary's.

And Redmond is already thriving up front, having been backed to do so by his manager Puel, who has drawn comparisons between the 22-year-old and Premier League great Thierry Henry.

"I'm easy in and around the 18-yard box," Redmond told Southampton's official website. "Movements I'm used to doing out wide are similar to doing it as a striker, just more in the central role.

"[Puel] has given me a lot of confidence going into games playing in that position.

"I'm trying to understand a lot more on the training ground. I just need to implement that into my game."

While Puel can also call on Shane Long, Charlie Austin and Jay Rodriguez in forward roles, Graziano Pelle's departure to the Chinese Super League has left the door open for Redmond to impress.

Southampton kick off their new league campaign at home to Watford on Saturday.