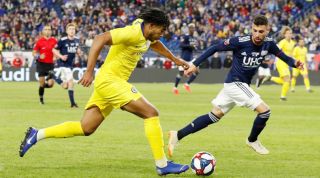 The Independent writes that the Selhurst Park outfit submitted the improved offer earlier this week, only for it to be immediately rejected.

Chelsea want the 19-year-old, who impressed on loan at Wigan last season, to sign a contract extension at Stamford Bridge.

Palace also proposed an 18-month loan including a significant fee, but the Blues again refused the offer.

Frank Lampard’s side want James to stay put this season and the youngster has been given assurances that he will have regular chances in the first team.

The Eagles aren’t the only club to have expressed interest: Chelsea have already knocked back approaches from Brighton, Bournemouth and Newcastle this summer.

James will compete with Cesar Azpilicueta and Davide Zappacosta as things stand.