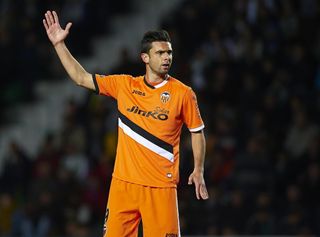 Edy Reja has made no secret of his desire to strengthen Lazio's squad since his return to the helm at the Stadio Olimpico earlier this month.

The 68-year-old stated on Tuesday that his club are close to agreeing a deal to bring in 31-year-old forward Postiga.

"We've been after Postiga for a week. He's got international experience and can play with (fellow striker Miroslav) Klose," Reja said.

"We were about to finalise the deal last night (Monday) and if Postiga arrives, then I'll be particularly happy."

Reja is also hopeful of keeping hold of midfielder Hernanes, who is reportedly near to joining Serie A rivals Inter.

Both Hernanes and Klose are due to be left out for Wednesday's Coppa Italia quarter-final with Napoli, although Reja has played down the anticipated absence of the duo.

"We have options if (Hernanes) does go, but I don't think he's leaving," Reja added.

"Klose and Hernanes have had some problems and we've got to be cautious with them."