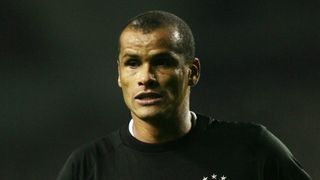 Brazil need to start thinking about Qatar 2022 after their World Cup exit at the hands of Belgium, according to 2002 winner Rivaldo.

A Fernandinho own goal and a superb strike from Kevin De Bruyne set up a 2-1 win for Belgium, with Renato Augusto's headed reply proving a mere consolation.

Tite has not yet indicated whether or not he would like to stay in charge of the Selecao, although Ronaldo wants the coach to remain in his post.

And in a social media post, Rivaldo said Brazil have to start planning for the future immediately.

"First of all, I would like to congratulate Belgium's national team for their victory and their qualification," Rivaldo wrote on Instagram.

"The World Cup is just like that, especially in the quarter-finals - that is when the tournament really begins.

"The World Cup is different from Copa America, qualifiers or friendlies. There is no room for mistakes.

"It's part of football! Of 32 teams, only one wins and this time it was not Brazil.

"I know very well how the players and all Brazilian fans are feeling, it's a very sad moment, but life has to go on and for sure they will get over it and they will come back stronger.

Brazil icon Pele has also told the national team to concentrate on the future after their Russia 2018 disappointment.

"Not every journey has the end we desire," Pele wrote on Twitter.