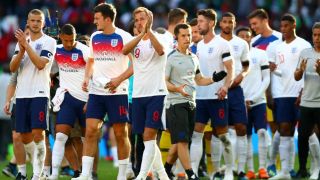 Harry Kane said rival nations see England as a threat at the World Cup after he urged his team to believe ahead of the Russia showpiece.

England captain Kane was on target in Saturday's 2-1 win over Nigeria at Wembley in their penultimate match before the World Cup.

Not since 1966 have England won the World Cup following the country's group-stage exit in 2014.

However, star striker Kane insisted Gareth Southgate's men can cause problems at the tournament.

"A lot of countries do believe that England are a big threat in the World Cup," the Tottenham forward said.

"But you have to believe, you have to have that feeling that you can win it. Obviously there is a long way to go, but yeah, we've just got to do what we done today.

"We play like that against any team in the world we are going to cause them problems, so that's what we've got to try and do."

England will face Costa Rica in Leeds on Thursday before going head-to-head with Tunisia (June 18), Panama (June 24) and Belgium (June 28) in Group G at the World Cup.

"I think they have a very good chance of going all the way," the former Chelsea midfielder said. "I do think because the youthfulness, the energy in this team you can feel it.

"I think the pace in the team you can feel it. I think that's why we had some problems in the first half, I think the second half we corrected some mistakes and we played a lot better. So, I think the England team have a good chance of getting the quarters, even the semis I think."