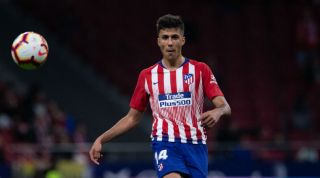 According to Mundo Deportivo, Rodri will almost certainly be leaving this summer and Barcelona are firmly in the race to sign him.

Manchester City were thought to be in pole position for the 22-year-old, with Pep Guardiola rumoured to be a huge fan.

City, Barça and Bayern Munich are all said to be willing to pay Rodri's €70m release clause as they look to strengthen their midfields – Manchester City in particular with Fernandinho now 34 years old.

Rodri has reportedly told the Atleti heirarchy that he wants to move this summer.

The Madrid club are reportedly looking across the city to Real's Marcos Llorente as a potential replacement.