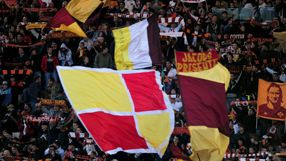 Discussions have been going on for months with takeover speculation surrounding the indebted Italian club for years and they are now poised to be the only Serie A side with foreign ownership, unlike the much courted English Premier League.

Di Benedetto has been a partner of New England Sports Ventures which owns English Premier League side Liverpool.

Rome mayor Gianni Alemanno said in a statement that executives of creditor bank Unicredit, de facto controllers of Roma, would visit the U.S. to seal the deal next month.

Late on Tuesday, Roma owner Italpetroli said it had worked out the basic terms to sell control of the football club to Di Benedetto AS Roma LLC.

"The acquisition should be made by a vehicle 60 percent owned by Di Benedetto and 40 percent by UniCredit. UniCredit has the option to sell a part to other Italian investors," a joint statement said.

One of the reasons for coach Claudio Ranieri's resignation last month was the uncertainty caused by the prospect of new owners and the lack of money he had to spend in the January transfer window.

Unicredit had taken over the de facto running of the club in order to steer the sale process and recoup losses.

Roma, now managed by former player Vincenzo Montella, lost to Shakhtar Donetsk in the Champions league last 16 earlier this month and are sixth in Serie A having been runners-up last term.

Foreign investors had previously snubbed Serie A and instead were drawn to the more lucrative English Premier League where top stadiums are often full and merchandise sales significantly boost profits, unlike in Italy.

Liverpool, Manchester United, Aston Villa and Sunderland are all owned by Americans.