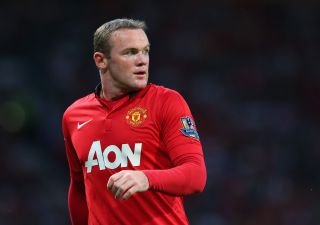 Rooney's second-minute strike against the post was followed by Inigo Martinez putting through his own net for the only goal of a game in which the England international shone brightly throughout.

Sociedad's Antoine Griezmann and Alberto de la Bella both struck the crossbar to ensure a nervous spell for the Old Trafford crowd but ultimately, Rooney, Antonio Valencia, Shinji Kagawa and substitute Ashley Young all might have added gloss to the scoreline.

"We played some great football tonight and we should have won the game three, four or five-nil," Rooney told Sky Sports.

"But I’m happy we got the win. That was most important after the game on Saturday (a draw at home to Southampton).

"We fully deserved it, I thought we played some great stuff and thankfully we came away with three points."

The defending Premier League champions are languishing in eighth position domestically, leading to growing criticism of new manager David Moyes, but Rooney credited the former Everton boss and his coaching staff with bringing out his current rich vein of form.

"The new coaching staff have come in and it’s really a new lease of life," he added.

"I'm really enjoying working with David Moyes and his staff.

"We're working to try and be successful as a team, we've got a lot of players hungry and a lot of players, as you've seen here, to come into the team fighting for places.

"The results haven't been what we want and that’s what we’re working to put right."

Moyes reciprocated the praise on the night before the striker's 28th birthday.

"He was absolutely terrific, he was great," Moyes said.

"I was just shouting at him a couple of times in the last five minutes for giving it away in the corner but, overall, he played really well."