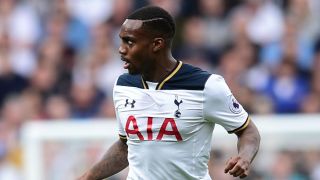 Danny Rose has revealed the heartbreak of their Chelsea collapse is driving Tottenham forward this season, after the club's 2015-16 campaign was derailed at Stamford Bridge.

Mauricio Pochettino's side were 2-0 up against their London rivals in May and looked set to take the Premier League title race to the wire before the hosts fought back to claim a draw – a result that saw Leicester City crowned champions.

Spurs went on to lose their final two games and finish third, behind Arsenal, but are back in the mix at the top end of the table this season, having gone unbeaten across the first 12 games.

Rose, whose booking in the dramatic 3-2 win over West Ham last time out means he is suspended for Saturday's return match against the Blues, is desperate to exorcise last season's demons, starting with Tuesday's crunch Champions League clash at Monaco.

"The feeling after the Chelsea game last season is one that I never want to feel again," said the England full-back.

"There were people upset, crying in the changing room after that game.

"It's a feeling that we never want to feel again as a football club. I hope everyone has learned from that and we are going to try to push on this season.

"We have worked so hard for years and years to get this opportunity [in the Champions League] and we know if we don't win then we are more or less out of the competition.

"So the manager will put out a strong team I am sure and we will go out to win that and then on Saturday against Chelsea.

"I am gutted that I am going to miss [the Chelsea game]. But I'll be there, either travelling with the team or in with the fans, I’ll make sure I am there to support the guys."

Spurs ended a seven-game winless run by scoring two late goals to defeat the Hammers at the weekend and Rose feels the confidence from that victory could prove crucial.

"It was massive," he added. "Considering we haven't won for a while, to go behind two times and come back – it was a massive win and it set us up nicely for a massive week for the football club.

"The results went for us and it was imperative that we got the win.

"We have got a never-say-die attitude and long may the unbeaten run continue."