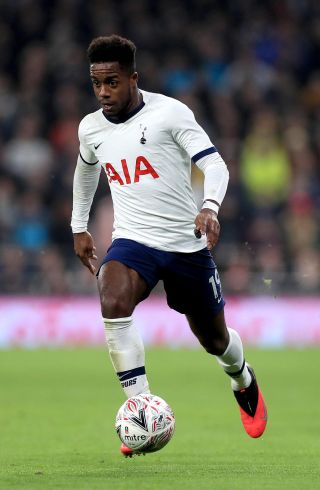 Tottenham will be without Ryan Sessegnon against Wolves.

The winger suffered a hip injury in the build-up to last week’s loss to Chelsea and will not be fit for Sunday’s game.

Erik Lamela (groin) is not training with the team but will be on the bench while Harry Kane (hamstring), Moussa Sissoko (knee) and Son Heung-min (arm) remain injured.

Raul Jimenez, Diogo Jota and Ruben Neves are expected to return for Wolves after being rested at Espanyol.

The trio were given a breather for Thursday’s 3-2 Europa League defeat in Barcelona as Wolves progressed 6-3 on aggregate.

Jonny is the only absentee for boss Nuno Espirito Santo, with the wing-back sidelined with an ankle injury he suffered against Norwich.