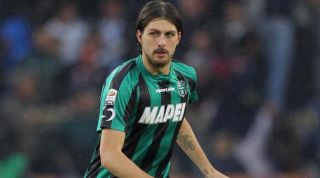 The defender was found to have abnormal levels of the hormone human chorionic gonadotropin (hCG) in his blood stream - a substance that can be produced by cancerous cells - after his side's Serie A match with Cagliari on December 1, landing him a suspension from the governing body.

Although a naturally occurring substance, hCG produces effects similar to anabolic steroids, and is therefore banned in many sports.

However, a Sassuolo statement in December subsequently confirmed that Acerbi - who has been treated for testicular cancer in the past - had suffered a relapse, with the player subsequently launching an appeal over his suspension.

That appeal was heard on January 8 and the ban was overturned, and on Monday CONI released a statement confirming that the 26-year-old's case had been dismissed.

"The national anti-doping tribunal has accepted the request by the anti-doping agency to declare Francesco Acerbi, a member of club Sassuolo, not responsible for any violation of the anti-doping rules," the statement read.