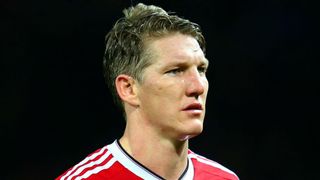 Bastian Schweinsteiger hailed the character of the Manchester United squad after battling to a 2-1 victory over Swansea City on Saturday.

Anthony Martial sent United in front shortly after half-time, before Gylfi Sigurdsson headed a leveller for Swansea, who were looking to claim a fourth consecutive victory over the Old Trafford club.

However, Wayne Rooney responded with his first Premier League goal since October to earn United a first win in nine matches in all competitions.

"It was very important, but also the last game against Chelsea we could have won the match," he said. "After the equaliser it was not so easy but we believed in ourselves.

"It's a shame we lost against Bournemouth, Norwich and Stoke because otherwise the scoreboard would be different.

"The team has character and you can see that we try to press and we try to control the game and to score goals, but I think in every match we have chances to score goals.

"Today it was very important that we scored two goals."

The win lifts United to fifth in the Premier League.