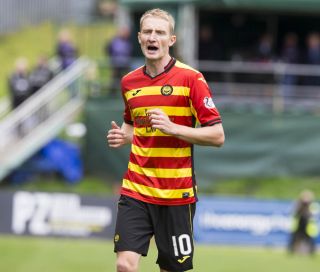 Livingston are still without Scott Pittman and Chris Erskine for the visit of neighbours Hearts.

Forward Pittman (knee) has been out since late August, while midfielder Erskine (pelvis) has missed the last four games and both will remain sidelined.

Defenders Cece Pepe and Ibrahima Savane could miss out again and boss Gary Holt has said some players will be assessed due to knocks and bumps.

Winger Aidy White is out with concussion, Jake Mulraney faces four to six weeks out with ankle ligament damage and fellow midfielder Peter Haring has returned to Austria for further consultation on his groin issues.

Forward Craig Wighton is back after a knee injury, midfielder Callumn Morrison returns from illness while striker Steven Naismith (hamstring) and winger Jamie Walker (broken leg) have made partial returns to training.