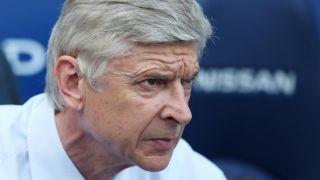 Former Arsenal goalkeeper David Seaman has urged Arsene Wenger to make a major statement in the transfer market before the start of this season.

Wenger has so far failed to add significantly to the pre-Euro 2016 capture of Switzerland midfielder Granit Xhaka from Borussia Monchengladbach, with Jamie Vardy signing an extended contract at Leicester City as he opted against a move to Emirates Stadium.

"We still need a dominant centre-half," he told talkSPORT. "We’ll see what Granit [Xhaka]'s like in midfield, but ideally we need someone like Patrick Vieira. And a striker as well.

"He needs to buy someone to give the club a lift and give the fans a lift. Ideally a striker would be great, but either a centre-half or midfielder would do for me."

Arsenal begin their Premier League campaign with a mouthwatering home match versus Liverpool, although Seaman fears a raft of players returning late from international commitments could affect their preparations.

He added: "The thing is that a lot of the players who played in the Euros are not going to be ready for the start of the season, and that's going to mean we are going to have a weakened team."